The story of this watch, this limited series, and even the brand Prokop & Broz itself, began approximately at the end of 2011. During one of the last warm autumn days, there was a chance to meet three disparate people in the garden of the pub U Pinkasu.

The first person was an extroverted metalworker, a connoisseur of quality alcohol, as well as a walking encyclopedia for art and crafts of watchmaking – an icon of watchmaking journalism in Czech Republic – Jan Lidmansky.

The second one was an inconspicuous, modest master in watchmaking, and a keeper of the mechanical tower clock at the Wenceslas Square in Prague – Martin Broz – who has earned recognition for several of custom-made solitaires.

With a slight delay also Jan Prokop arrived whom most enthusiasts of watches connect with his work for years at the watchmaking company ELTON (ELTON hodinářská, a.s.), known for manufacturing the watch PRIM. Even though he was led to the company ELTON by his desire to realize the possibilities of industrial design of his studio Creative Services (Creative Services s.r.o.) which he founded together with Michal Jelinek, one of the most important figures in contemporary design. His name is not mentioned in this introduction by accident; in the background of the project “Kupka watch” his influence stretches like a red thread.

The vision behind this meeting was the one of Jan Lidmansky, namely, to unite all genuine Czech and Moravian craftsmen of wristwatches in order to realize a unique project – boxes, containing the best watch of each craftsman and being a signature of the Czech watchmaking of 2012. In addition to these figures Mr. Lidmansky also addressed Ludka Seryn, Ondrej Berkus, and Martin Weichert.

Finally, the project was not implemented for many reasons. Though, the most significant one was the sudden death of Martin Weichert, a budding watchmaker and designer who was able to look at a watch as an art object and to manufacture it as such; a perfectionist who tried to think of every detail of his product.

So the project was not realized, however, between Martin Prokop and Jan Broz remained a seed of friendship, respect and desire to cooperate in the future. And the first opportunity to embark on a joint project arose almost immediately afterwards.

On 22 November 2011, the marketing department of Pilsner Urquell approached the firm Creative Services, belonging to Jan Prokop, with a request to design a unique exterior clock, close to the characteristics of the Orloj in Prague; an Orloj of its own kind which would highlight the 170th anniversary of the world-famous brewery. 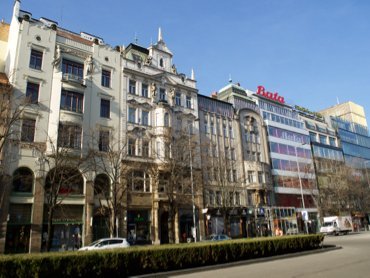 This was done due to a previous cooperation on a design for a beer tap, "Pipy", with illuminated logos on draft beers and a cooling system of the beer from the barrel up to the tap. This project showed that the solutions of Creative Services are not only creative in their designs but also comprehensively thought through so that the project may be effectively implemented and subsequently carried out. In recent years, consequently, the proposed beer tap has become one of the key characteristics of Pilsner Urquell's corporate identity.

But let us go back to the "beer Orloj". Its implementation was a welcome project that tested the interoperability between Jan Prokop, his design firm Creative Services, as well as the independent watchmaker Martin Broz and a group of his friends and exceptional craftsmen. All these people did not give priority to the mere satisfaction of a prestigious customer, but rather to the successful implementation of an interesting watchmaking art piece. Perhaps for that reason it was possible to create the Orloj in due time, despite the incredibly constricted schedule requested by the customer. After initial unofficial discussions, the project was finally approved on 3 February 2012, only 76 days before the putting into operation; on 19 April 2012, a 170-days countdown was scheduled to begin, ending on the day of the 170th anniversary of Pilsner Urquell.

Obviously, this type of work cannot be easily realized by way of putting purchased components together like clay, particularly when there is no room for any error; and none were made in the case of Jan Prokop and Martin Broz.

Another turning point which only confirmed the professionalism and human encounter between these two individuals occurred in late October and November 2012. At that time, Jan Prokop ended his long and successful engagement with the company ELTON and decided instead to pursue the establishing of the watchmaking brand Prokop & Broz, a vision that was already cherished over a period of several months. This cooperation would benefit from a combination of Mr. Prokop’s expertise in design, marketing and business, and the skills in horological craftsmanship of Martin Broz who is able to deal with an extraordinary and complex technical-technological problem, even without having the latest computers and machinery at hand.